By the 1830's an average of 30,000 immigrants were making their way to Canada, mostly from the United Kingdom.  At that time Europe was being ravaged by epidemics, some of which were being brought to Canada by immigrants.

Wanting to keep these diseases from entering, a quarantine station was established in 1832 on Grosse Île, an island in the middle of the St Lawrence River that ships passed on their way to Quebec.

Once the station was established ships would first stop at Grosse Île so passengers could be checked for contagious diseases. Those found to be infected were quarantined on the island, those found healthy were returned to the ship.  This split many families apart as the healthy could not remain on the island and the sick could not leave. 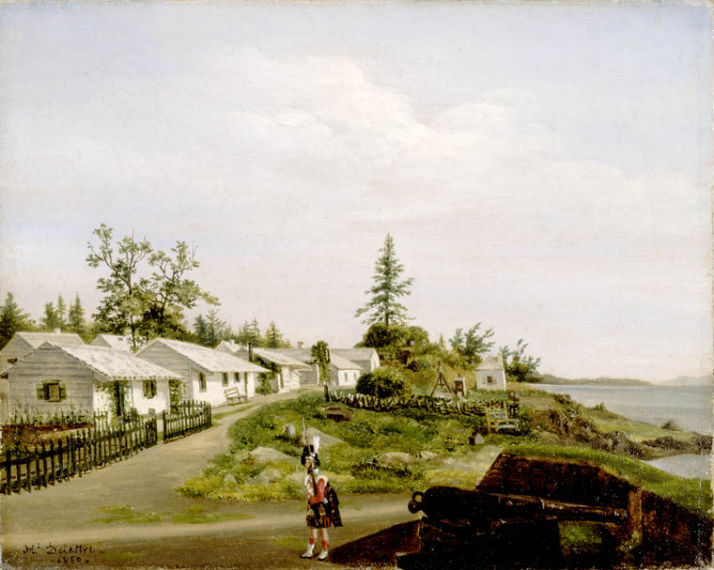 By the 1900s Grosse Île was seeing record numbers of immigrants with a peak of 225,000 in 1914. It was thought that the station would need to be expanded but then the first World War followed by the Great Depression reduced the number of immigrants seeking a new home in Canada. Grosse Île was closed in 1937.

A second quarantine station, Pier 21, was established in 1928 in Halifax and was in operation until 1971. It's said that 1 in 5 immigrants to Canada during those years entered through Pier 21.

Both Grosse Île and Pier 21 are national historic sites that can be visited.