King Louis XIV of France decreed in 1669 that New France (Canada) should adopt the French militia system. This required all able-bodied men 16-60 to serve and protect the colony as needed.

During the Seven Year's War (1756-1763) both France and Britain brought trained regiments from overseas to fight for control of the new colonies. When Britain won they kept the militia system in place and with the Militia Act of 1855 introduced a volunteer force who would be paid and uniformed year-round. By the 1880's militias became completely voluntary.

From 1759 to 1871 the British Army had regiments stationed in Canada. They were recalled when Britain decided it was time their colonies had their own permanent military. Two artillery batteries were established at Quebec City, Quebec and Kingston, Ontario where a Military College was established in 1876. An amendment to the Militia Act in 1883 authorized a permanent Military force. 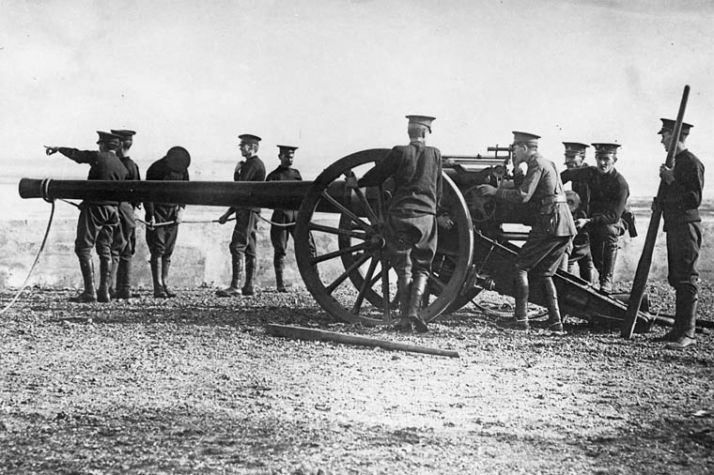 Military records for Canadians who served are held in different places, depending on when, where and why. Some records are held by the British War Office, some by Library & Archives Canada, and others are held elsewhere.

Links to some records are provided below. This is not a full or extensive list. Many records are also held locally where the regiments were posted so be sure to also check local armouries and newspapers.  Nationally there is the Canadian War Museum and the Canadian Virtual War Memorial, as well as CanadaGenWeb's Roll of Honour Project. Internationally there is the Commonwealth War Graves Commission. 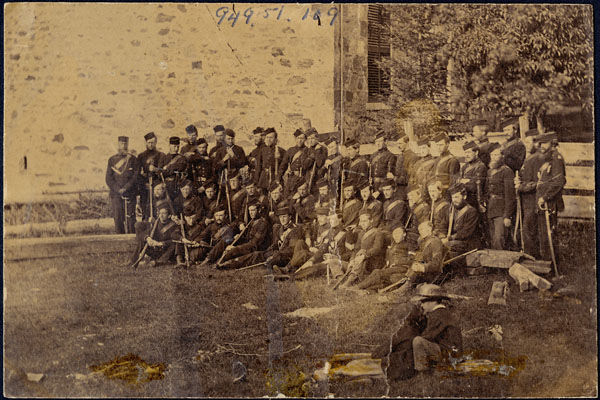 American Revolution / Loyalists (1775-1783)
When the American colonies declared independence from Britain it sparked a revolution. When the colony won their freedom, those still loyal to the British crown found themselves at risk. Starting in 1783 there was an influx of about 50,000 Loyalist refugees into Canada. Many were granted land in Prince Edward Island, Nova Scotia, New Brunswick, Quebec and Ontario.
War of 1812 (1812-1814)
On 18 Jun 1812 the newly formed United States of America declares war on Britain. The majority of the war took place along the present-day Canada / USA border with each side fighting to retain or regain control of disputed territory. The Treaty of Ghent ended the war on 24 Dec 1814 and established the border at the 49th parallel. 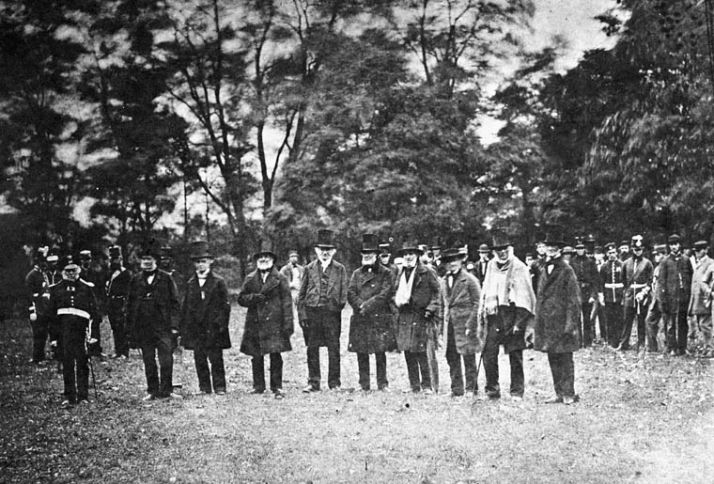 Survivors of the War of 1812, taken on the lawn of the late Sheriff Jarvis in Rosedale. Credit: Library and Archives Canada / C-014466
Rebellion of 1837 (1837-1838)
Led by William Lyon Mackenzie (Upper Canada / Ontario) and Louis-Joseph Papineau (Lower Canada / Quebec) two groups of reformers staged a revolt against the British Crown. The Militia were victorious and both leaders were forced to flee to the USA (though they did later return to Canada). Their followers were either executed or shipped to Australia.
The American Civil War (1861-1865)
Officially Canada wasn't involved with this war, however it's estimated up to 40,000 Canadians participated. Most fought with the North and not all declared Canada as their place of birth or residence when enlisting. Many of them later settled in the USA.
Fenian Raids (1866)
The Fenian Brotherhood, an American-based organization of Irish immigrants, staged several raids into New Brunswick and Canada West in the hopes of pressuring Britain to withdraw from Ireland. Instead it helped prompt the provinces to join in Confederacy which led to the creation of Canada in 1867.
Northwest Rebellion (1885)
An uprising by the Métis, in what is now Saskatchewan, over fears that they might lose their land to new settlers. Due to the newly built Canadian Pacific Railway and the creation of the North-West Mounted Police, the rebellion was quickly quashed.
South African War / Second Boer War (1899-1902)
7,300 Canadian troops and 12 nurses served as part of the British Army. It was the first war in which a Canadian contingent was sent overseas. About 90% were sent to South Africa, the remaining 10% performed garrison duties in Halifax. The 1908 Volunteer Bounty Act meant that veterans of this war were eligible for a land grant of 320 acres or $160 in scrip. 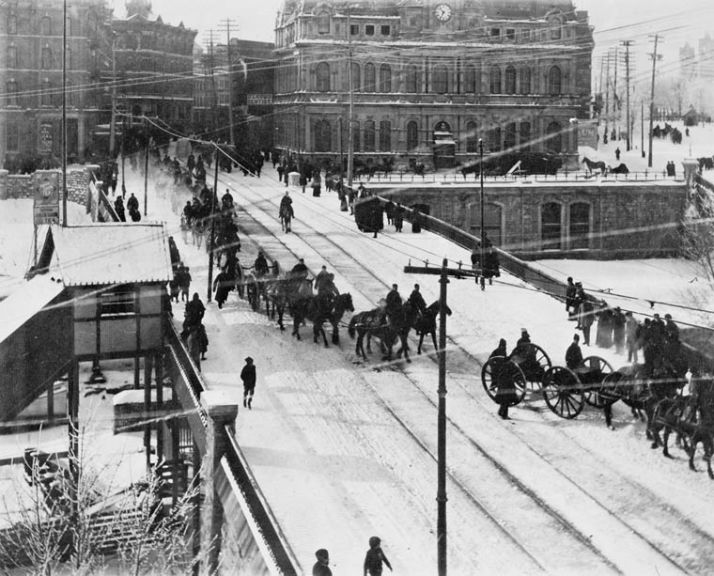 Soldiers going to the Boer War, Ottawa, near the Post office. Credit: Library and Archives Canada/C-003950
World War One (1914-1918)
630,000 Canadians served in The Canadian Expeditionary Force, nearly 10% of the population. Most of the troops were volunteers but by 1916 the number of those enlisting was far below what the government had promised. The Military Service Act of 1917 was a wildly unpopular edict that allowed the government to conscript (draft) men into service. 100,000 men were conscripted but only 24,000 made it overseas before the end of the war. The 1917 Soldier Settlement Act made veterans eligible for land grants and loans.
World War Two (1939-1945)
More than one million Canadians served, again nearly 10% of the population. Conscription was used but initially only for home defense until 1944 when there was a shortage of volunteers willing to serve overseas. By the end of the war Canada had the world's third largest navy and was an emerging leader in the world.

After 1919...
With the exception of the records linked above, and records pertaining to those who died during World War Two, military records after 1919 are restricted but available by request to:
- The person who served, or with their written consent
- An immediate family member (parent, spouse, child, grandchild) if the person who served died between -
- Anyone, if the service member died before . Proof of death is required unless the individual died while serving.
Requests can be made to Library & Archives Canada.